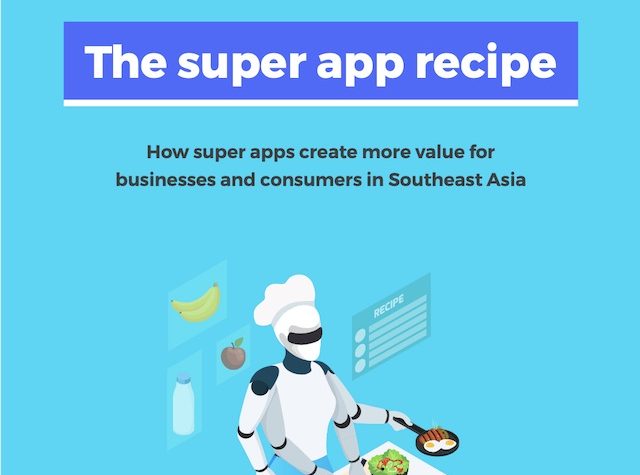 Download the Recipe for Creating Your Own Super App

Many of these apps began as ride-hailing, service, or social media apps and then integrated payments and financial services as well. Now they are dominating the ecommerce market, especially in Asia.

Yet over the past decade, we have seen consumers tire from multiple interfaces and constant updates. Now, they’re no longer willing to devote precious memory space to countless separate apps. Even though more than 7.3 million apps were counted across the Apple App store and Google Play stores in 2020, app fatigue has been on the rise.

Interestingly, one type of app has bucked the trend: the super app.

Super apps combat app fatigue by offering additional services beyond the app’s primary purpose. Ecommerce merchants and service providers who refuse to adapt are the ones paying the price.

Blackberry founder Mike Lazaridis originally introduced the term ‘super app’ in 2010. He defined the expression as a closed ecosystem of apps that offer “a seamless, integrated, contextualized and efficient experience.”

Since then, we’ve seen concentrated use of super apps in emerging markets in the Asia-Pacific region. Two of our top six apps, Grab and Gojek, were developed to offer multiple services to their users across Asia. Singapore and the growth markets of Indonesia and India are ahead of the curve with Grab, Go-Jek, and Paytm which have digital payment functions. Now western countries and the wider world are following suit.

Super app status is now rewarded to apps that offer different services like ride-hailing or social media, most of which then shift to include digital wallets and payment capacities. Tech companies are taking advantage of a consumer shift towards open banking, and using fintech APIs to improve the use of user data and help convenient embedded finance technology to provide a better user experience. If this trend continues, it’s likely to leave traditional banks and ecommerce merchants struggling to keep up.

Create Your Own Super App

Learn the recipe for creating your own super app. Download your copy and learn how super apps create more value for businesses and consumers in Southeast Asia

We’ve collated a list of super apps that are most influential in driving and defining the super app trend.

Originally a ride-hailing service like Uber, Grab is now a successful financial super app. The service joined financial institutions in 2018 when GrabPay, a cash app service, was added.

Go-Jek began in Indonesia as a motorcycle ride-hailing phone service, and has grown in popularity by offering multiple apps in one.

South Korea’s Kakao started life as a messaging app company, with the introduction of digital banking service, KakaoPay, in 2014. In a country of just over 50 million people, 45 million exist as active monthly Kakao customers.

Based in China, Tencent Holding Ltd’s super app WeChat (another app that started as a messaging service) at one point became the biggest standalone mobile app in the world. Now, users can’t remember a time without the in-app payment service.

AliPay was started as a digital wallet in 2004 by Ali Group’s founder Jack Ma, and is now one of the most well-known and used apps in Asia. In 2021 the Chinese government’s decision made a decision to break up Alipay and force creation of separate loans app. More recently the government is also requesting they share their user data with government entities.  While these challenges highlight some of the regulatory and policy hurdles of doing business in China, the superapp is still going strong.

Globally, the super app trend is in a growth phase, particularly in the West. And with e-commerce and digital payment methods growing in adoption, super apps are poised to become a truly global phenomenon in 2022 and beyond.

We’ve seen the success of Uber and its South-Asian competitor Grab expanding their offerings from ride-hailing to food delivery and financial services. Even well-known players in the global marketplace, like Airbnb, are expressing an interest in developing their own integrated super app style offerings as well.

At Rapyd, we are seeing an upwards trend towards companies in ecommerce and financial services who’ve turned their efforts towards the creation of their own cross-functional applications.

But growing your revenue as a super app hinges on engaging your audience with services that are both localized and smooth. To do this you’ll need to be able to integrate with other service providers to provide a frictionless user experience and reach super app status.

If there’s one thing for certain, it’s that app fatigue isn’t going away. Marketplace competition is only growing, so now is the time to act.

We’ve recently seen MercadoPago and AmazonPay growing in popularity to become the preferred payment methods on third-party sites. This highlights the importance of centralizing your offering around financial capabilities and in-built payment services. It doesn’t have to be complicated, either. There are plenty of no-code payment options for developers looking to launch and scale quickly, and fintech as a service partners that can turn your super app ambitions into a reality.

Put Fintech as a Service to Work for your Business

With Rapyd, getting started offering your own financial services is as easy as embedding our pre-built APIs for a seamless customer-facing, user experience. 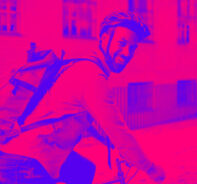 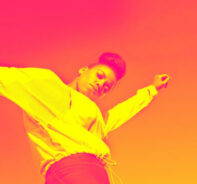