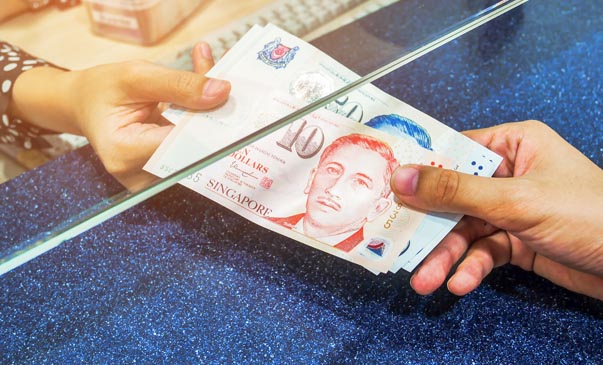 The remittance business looks unusual on paper – it requires highly regulated licenses, expensive processing fees, and is usually based on small individual transfers. And yet, remittances came to a grand total of $429 billion in 2016, three times the amount of worldwide foreign aid in the same period. The remittance business also tends to remain steady during market fluctuations — including the 2008 financial crash.

What’s more, the remittance industry is growing rapidly thanks to modern technological developments. Online and mobile payments bypass much of the regulatory framework and associated costs, which has led to an increasing number of money transfer startup companies in the market. Western Union once led the field, but now faces competition from Transferwise, Worldremit, Remity, OFX, XE Money Transfer, and a host of innovative startups shaking up the remittance industry.

Historically, remittances have been a cash-focused industry, despite a reliance on bank transfers. According to IdentityMind, migrants would take money from their accounts and deliver it personally to neighborhood agents for processing — effectively taking cash from the bank to deposit it with another bank. In recent years however, the proliferation of cashless payment options has slowly transformed the remittance industry. Digital money transfer companies have developed competitive alternatives to bank transfers with reduced fees. Some interact with bank accounts, while others offer e-wallets that process payments directly.

Safaricom’s M-Pesa, a smartphone-based digital wallet that allows person-to-person money transfers, is just one hugely successful example. Initially launched in Kenya and Tanzania, its services have expanded to Albania, India, South Africa, and more. Safaricom’s position as a mobile network operator certainly gives it a competitive edge, but the omnipresence of the internet means any service could have a global reach — most notably Paypal’s Xoom, which currently serves over 130 countries.

For the moment, few remittance companies are large enough to compete with Western Union or Moneygram’s full range of services. Overall transfer volumes from organizations like Worldremit and Remitly are typically below $5 billion, while Western Union is comfortably above $20 billion. These startups usually offer reduced or comparable transfer fees, but their primary market impact is driving technology and digitization. Most new platforms effectively use smartphone apps to engage with users, allowing payments to be processed from any location.

Transferwise is one particular example to keep a close eye on. This company recently surpassed Moneygram in cross-border volume, making it second only to Western Union in the field. In terms of services offered, Transferwise and Western Union are almost equal. While Transferwise’s 1.5% percentage is usually higher than Western Union’s flat $5 fee, it has a lower exchange rate, fast transfer times, and a platform integrated with Facebook and Google+ for convenience. Transferwise also benefits as the highest-funded of this new generation of remittance companies.

Worldremit and Remitly have competitive advantages of their own. Digital cross-border revenue has grown dramatically over the past four years for both organizations, while their smaller customer bases mean costs are relatively low. Starting fees are comparable to Western Union, but Worldremit sweetens the deal with a “First Transfer Fee Free” offer. Both Worldremit and Remitly also allow for faster payment transfers which are up to 2–3 days quicker than Western Union’s mandatory 4 day wait.

For migrant users, online remittances have many advantages to traditional cash-based systems. They’re convenient, cheaper to process, and allow transfers directly to recipients. This is especially important for a field which — as noted by Fast Company — often has dealings with corrupt middlemen or an inefficient bureaucracy. Online transfers usually mean the entire process is co-ordinated by a single service provider, usually through automated processes that users can direct accordingly. 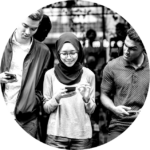 Move beyond legacy functionality that restricts cross-border transfers with Rapyd.

The benefits for recipients are significant as well. A study published in Agricultural Economics found that Ugandan coffee farmers who accepted remittances using mobile payment services were more likely to have higher incomes and consumption levels than non-users. Along with the direct economic boost to rural economies, these farmers often used mobile payment services to manage off-farm small businesses.

By facilitating direct transactions, online remittance technologies clearly have the potential to boost international economies. And Uganda is just one example: in 2016, payments to Somalian families accounted for 23% of the nation’s GDP. In Haiti, remittances accounted for 29.4% during the same year. Any country with high remittances and smartphone adoption rates are in an ideal position to benefit from mobile transactions. India, the world leader in remittance income, is a prime example.

One factor that allows online remittance companies to operate competitively is that they bypass money transfer regulations, especially for transactions of $1000 or less. This dynamic isn’t going to last — money laundering operations are the primary reason such regulations exist, and it’s not clear how effective money transfer companies are at combating it. “Technology doesn’t solve all those business and regulatory issues,” Western Union chief information officer David Thompson told Fast Company. “Some pure technology plays forget that. We live in a world with criminal networks and entities that you have to keep out of your infrastructure.”

That being said, online remittances might be in a better position to combat laundering than cash-based international money transfers. Direct digital payments are far easier to track, which can be used to detect fraud and laundering operations. Virtual currencies like bitcoin also have immense security potential — one Aite Group report explains how blockchain technology has built-in ledger capabilities that record all transactions. The main drawback for blockchain-based currency is that it’s no faster or cheaper than other digital payment systems, but that could change as the technology improves.

Online payments are a major development within the remittance industry, one which benefits customers, recipients, and businesses in the international money transfer market. Yet that development itself is ongoing, and will have significant impacts on international trade, financial regulations, and digital security. This field will undergo many changes in the coming years, especially as competition increases between money transfer startups and traditional financial institutions. One thing is crystal clear: remittances will continue to be a significant financial market for years to come.

Learn how Rapyd can expand your cross-border payout options.