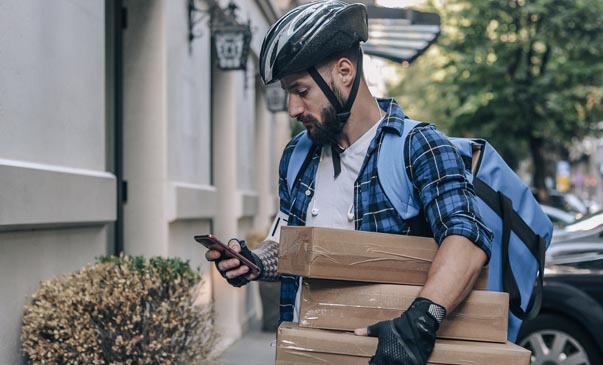 Gig economy platforms like TaskRabbit and Lyft have made an explosive impact on the US labor market, but financial fragmentation challenges in overseas markets pose a threat to any ambitions they might have for international expansion. As the North American gig economy approaches saturation, platform providers will need to address the siloed nature of commercial landscapes overseas before they’re able to realize success away from home.

An estimated 34% of the US workforce are now earning at least part of their income from the gig economy, with that number expected to rise to 43% by 2020. It’s a healthy growth rate, but it won’t last forever. Platforms have their eyes on international markets in order to maintain the momentum needed to achieve dominance. International success requires that gig economy platforms solve the same problems in foreign markets that earned them adoption in local ones. These include providing greater financial stability for workers than what incumbent freelance models offer, streamlining payment processes for customers, and empowering workers to be paid quickly through a medium with which they’re familiar.

Core to overcoming each of these challenges is a cohesive and efficient financial infrastructure. Unfortunately, the systems that facilitate commerce in overseas markets haven’t been subject to the same consolidations as the US. Localized transactional mediums like domestic bank transfers,local e-wallets, and geographically restricted credit cards account for a substantial percentage of international transactions. Many payment providers are still aggressively competing for their own local market share, with cross-compatibility concerns ranking low on their list of priorities. As a result, gig economy platforms are struggling to gain the traction necessary to establish their own foothold.

Most platforms have pursued the lowest-hanging fruit. By investing in solutions that allow them to accept international credit cards and PayPal, gig economy platforms are able to gain access to sizable portions of international markets. Examined through a global lense, however, their combined footprint doesn’t offer nearly as much opportunity as it does in North America. In fact, any solution involving a bank account fails to address the 38% of adults worldwide who are unbanked. Outside of countries belonging to the Organisation for Economic Co-operation and Development, that number goes up to 46% — nearly half of the world’s eligible workforce.

Even in countries where most people do use a bank, there’s evidence to suggest that investments in traditional cards may be shortsighted. Twenty-three percent of UK freelance workers lose up to 10% of their income due to the fees and transaction costs typical of credit card usage. This could explain why cash, bank transfers, and e-wallets are among the most rapidly growing transactions worldwide. Global use of e-wallets alone as a transactional medium is projected to grow from 18% to 46% by 2021.

Any gig economy platform hoping to secure a position in global markets will need to recognize and accommodate these existing local financial conventions. Outside of North America, traditional credit cards are used for only 29% of e-commerce transactions. Localized methods make up the remainder, with bank transfers and e-wallets accounting for 35%, cash ( including pre- and post-paid) for 19%, and local/restricted cards for 18%.

Among localized payment methods, the importance of cash cannot be overstated. Despite North American markets moving away from cash-based transactional options, cash remains the dominant form of payment in the global community, representing 20% of gross-domestic product volume spent in global retail, 27% in the Asia-Pacific market, and 36% in Eastern Europe. While it may seem antithetical to the gig economy’s historically future-forward attitude, cash support will invariably bolster any platform’s attempt to gain traction in markets that have yet to adopt any major digital solution at scale.

Failure to accommodate existing transactional channels not only narrows market opportunity but can frustrate existing workers and accelerate churn, which can incur substantial cost. As part of their onboarding programs, many rideshare services offer new drivers sign up bonuses of up to $750. It’s an investment that produces higher returns the longer a driver uses the app, but starts getting expensive when rideshare platforms aren’t able to keep drivers on the road. Even some of the leading platforms have twelve-month driver retention rates as low as 3%. Any gig economy platforms hoping to avoid similar costs should ensure workers aren’t exposed to transactional limitations that could drive them to a competing platform.

There’s certainly no shortage of opportunity left for gig economy platforms looking to expand at home, but North American markets will saturate sooner rather than later. Platforms looking to remain relevant within the next five years will need to address the challenges of international financial siloes in order to remain competitive.

At Rapyd, we give gig economy platforms turnkey access to the millions of customers around the world still heavily invested in cash and other traditional payment methods, facilitating growth into all international markets. Our secure cardless cash solution empowers customers and gig economy works to do business using cash and other local payment options. Adding Rapyd to your product requires only a single API/SDK integration and has zero impact on existing user experiences.

We believe there is no single path to solving electronic payments globally, but together we can make it easier for gig economy platforms to streamline payment processes, expand overseas, and better monetize their customer databases.

How UK Challenger Banks Can Break The Marketing Stalemate